Generally, the smaller the f-number is, the more light comes into the camera, and the more defocus effect you can enjoy. Each lens has a minimum f-number, and this is called the "maximum aperture" of the lens. To check the maximum aperture of a lens, refer to the lens specifications or the value printed on the lens, as shown in the picture below.
A lens with a small f-number is generally called a "fast lens." 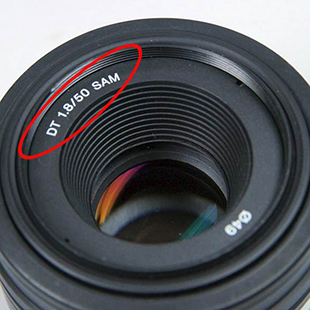 The A-mode (Aperture Priority mode) is a mode that allows you to set the f-number the way you want. In this mode, the camera automatically sets the shutter speed and ISO sensitivity to shoot a well-exposed photograph.
This mode is suitable when you want to defocus the foreground and background, with the focus only on the main subject, or when you want to render the entire landscape clearly by focusing on the wide range from the foreground to the background.

As the f-number gets larger, the opening to let the light into the camera gets smaller. As a result, the shutter speed will slow down, which may cause the image to blur because of camera shake. If this occurs, try shooting with a smaller f-number again.

Back to Top
Was this article helpful?