Create a dramatic impression of depth by emphasizing the subject's contours.

When using the flash mounted on a camera, options for attractive lighting are limited. The on-camera flash is confined to a single light source close to the lens and the illumination is usually harsh with strong shadows. An off-camera flash increases your creative control and greatly enhances images by allowing you to move the flash away from the camera. This lets you shoot from different angles as well as the lighting angles of your choice - which may be different. Using the Wireless Flash function on your Sony camera allows you to use single or multiple off-camera flashes without needing to connect multiple obtrusive cables and frees up new possibilities for creative lighting. With little effort, you can create images like those taken in a photo studio and add an exciting look to your images.

A flash directly attached to the camera tends to produce flat, two-dimensional images. On the other hand, an off-camera flash produces images with a more dramatic impression of depth while emphasizing the subject's contours.

Shot with a direct flash: A flash directly attached to the camera will produce a flat image.

Shot with one off-camera flash: A single flash illuminates the subject from the side to create shadows on the subject's face, producing a three-dimensional image.

Shot with two off-camera flashes and a controlled ratio: The main flash in the left rear generates backlighting, while the right fill flash illuminates the subject's face.

The flashes communicate using small light pulses similar to Morse code. There is always a controller and one or more off-camera flashes. The Sony flash system features multiple Wireless Flash modes, with the advanced one offering the option to control multiple flashes along with the ratio each flash contributes to the final exposure ("Wireless Ratio Flash"). 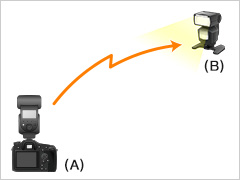 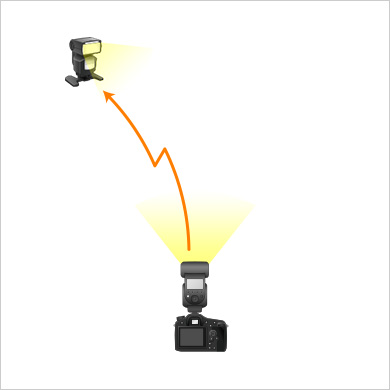 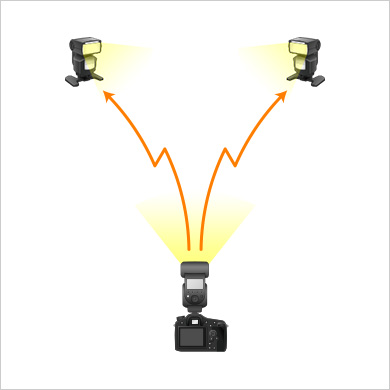 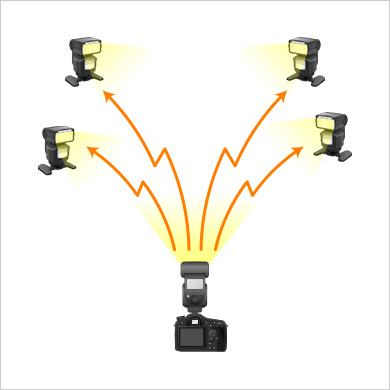